The Swinburne family (de Swynburne) came across from France with William 1 in 1066. As lowly squires, we were given lands around Chollerton, about 15 minutes south of Capheaton. Our journey through history is unlike most Northumbrian families. We had no particular talent for business or lead mines or coal. Our ascent in the county and the growth of the Estate was driven by clever marriage, charm and a great deal of luck.

In that area there are a number of places one would think belonged to the family. Great and Little Swinburne, Swinburne Castle all sound as if they should be part of the Estate but never have been. Chollerton, which is adjacent to all these places, was the original family seat.

Our connection with Capheaton started about two hundred years later in about 1260 when a reckless Fenwick, who then owned the land and castle at Capheaton, lost a bet with William de Swynburne and had to forfeit the estate.

The family’s fortunes were very much on the up at this time. Queen Margaret of Scotland felt that the troubled lands of Northumberland should be part of England and her brother Edward felt it should be part of Scotland. At the time the Queen’s bailiff (Sheriff) was William de Swynburne. Her distaste for Northumberland meant that he was gifted a great deal of it by her. With Capheaton and Chollerton and Stamfordham came lands at Mounces and Willow Bog (now under Kielder Reservoir), Knaresdale, Haughton and Edlingham.

William was the first real success story in the family and during his tenure, he seems to have united much of the lands split off to different parts of the family as well as his windfall as Baliff.

The incumbent at Capheaton (then simply a castle keep) as Civil war broke out was John
Swinburne. The family were very much Catholic royalists as most families in
Northumberland were. Having said all that John seems to have been fairly insistent that he
deserved a baronetcy and seems to have spent a great deal of time and effort trying to
persuade Charles1 to grant him one. His demise came just as Civil war was raging in 1643
when he was killed with a rapier at a lunch party at Meldon Park, a short ride north east of
Capheaton.

As the Civil War raged the eldest son of John was sent, as was often the case, to a safe haven
in a monastery in France. The boy seems to have been rather forgotten about as it was not
until the end of the Civil war that a Radcliffe cousin who was travelling in France in 1655
discovered the lad and identified him as being a Swinburne. John, as he was also called, came
back to Capheaton immediately and managed to prove his inheritance by describing the
markings of a tabby cat that had once lived at the castle and also talking about a silver
punch bowl that had been in the main hall. Life, being less complicated in those days than it
is now, meant that this evidence was deemed perfectly substantive enough and he took over
ownership of all the Swinburne lands and the castle before the end of 1660.

1660 saw the arrival back in England of Charles 11 – a moment for families like the Swinburne’s to rejoice after the dark, puritan, Cromwellian years. John at that stage had married Isabel Lawson of Brough. The Lawsons were very rich and also catholic. They obviously adored each other as they were supposed to have had 25 children during their marriage, poor girl although most of them died very young.

John and Isabel also benefitted from royal patronage his father and grandfathers loyalty to Charles 1 was rewarded in 1660 by John being granted a baronetcy and permission to build a new mansion on the site of the castle at Capheaton. He was also given a full- length portrait of Charles1 from the studio of Antony Van Dyck. 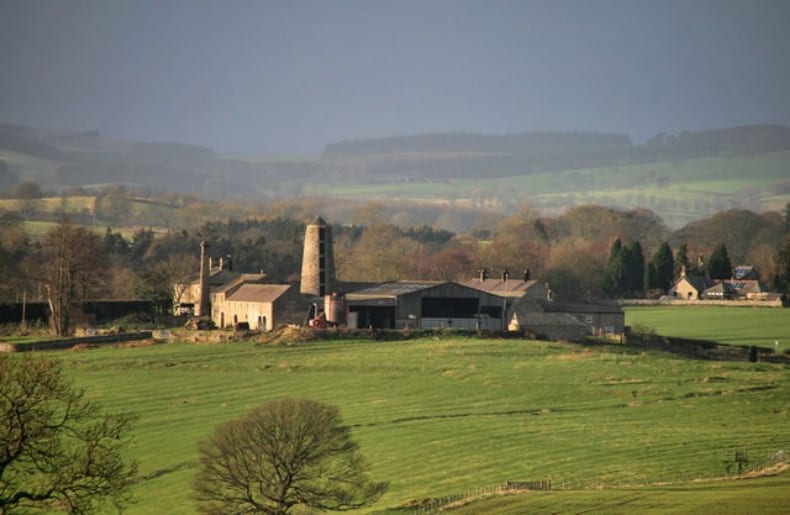 By indenture drawn up on December 9th 1667 Sir John commissioned Robert Trollop – a Newcastle builder and mason to build a new house. He was ‘to make frame, erect and build ….one new house.. for the use of Sir John Swinburne at Capheaton’. Trollope undertook to complete the work by November 11th 1669 with Sir John paying in instalments of £500. The result is Capheaton Hall as illustrated in this picture by Peter Hartover in 1669 which shows the original house. It was a a delightful and frankly ambitious recreational building unlike anything of scale in Northumberland at the time. In a world which had for hundreds of years focussed on defence as the key motivation for design the new house at Capheaton must have raised eyebrows. With all its baroque pilasters and ornate carvings Trollope’s work was ground-breaking.

Sir John died in 1706 and the house continued to evolve through his son William who probably removed the balcony on the south front as his mother advised him to and then his great grandson Sir John (4th Baronet) who rebuilt various service buildings including new stables and created a new chapel.

The greatest change to the house was the addition of the extensive Georgian wings commissioned in 1788 by Sir John Edward Swinburne. The ‘turning round’ of house with a drive coming in from the north addition of wings and the remodelling of the north front was completed by William Newton in 1789. Thankfully much of the original restoration south front still exists.

After the death of Sir John Edward in 1860 Capheaton was not a particularly happy place. The next hundred years saw it’s neglect and ultimately it was requisitioned during World War 2 by the Ministry of Supply and filled to the ceilings with TNT for the duration of the war.

After the war the house could well have been demolished as so many were but thankfully Joan Browne-Swinburne (my Grandmother) insisted that it was saved. Eventually in 1966 the East Wing was turned back into a house with war reparations of £12,000. This is where my sister and I were bought up and huge amounts of work to the house in all areas by my parents, John and Susie Browne-Swinburne left me with so many opportunities for further improvement. Capheaton from 1966 became, once again, a family home and has continued to thrive. We have, as a family, been here since 1270 and intend to be here for at least another 800 years. 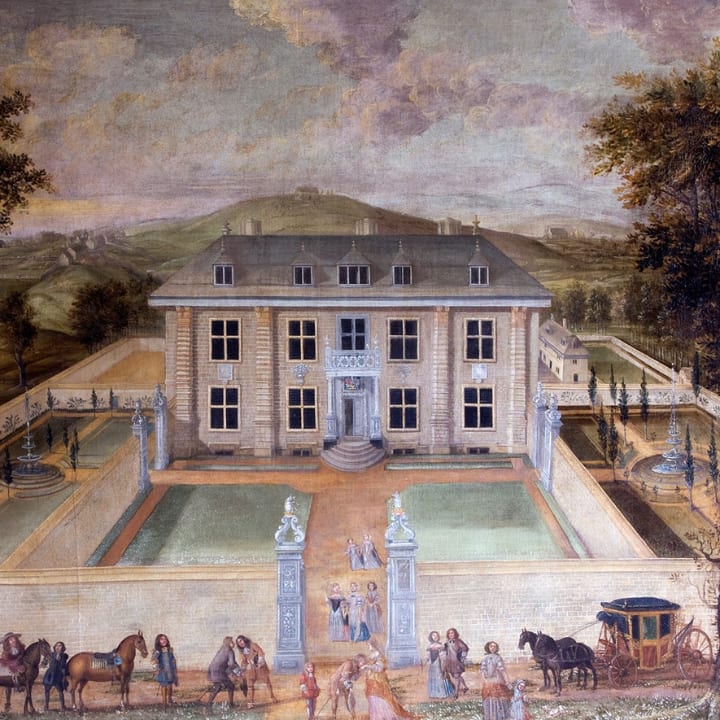 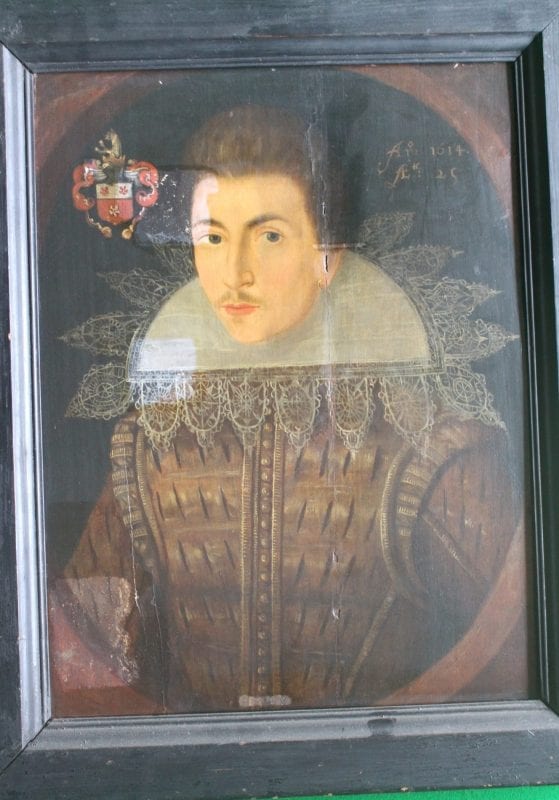 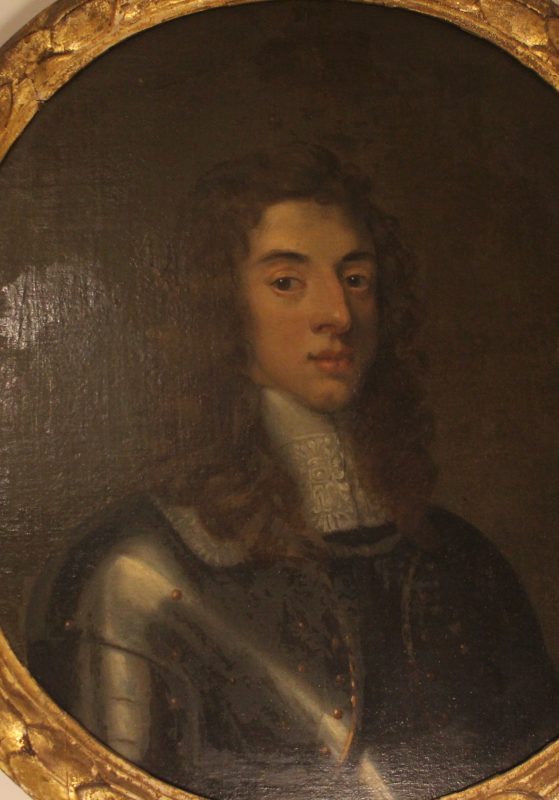 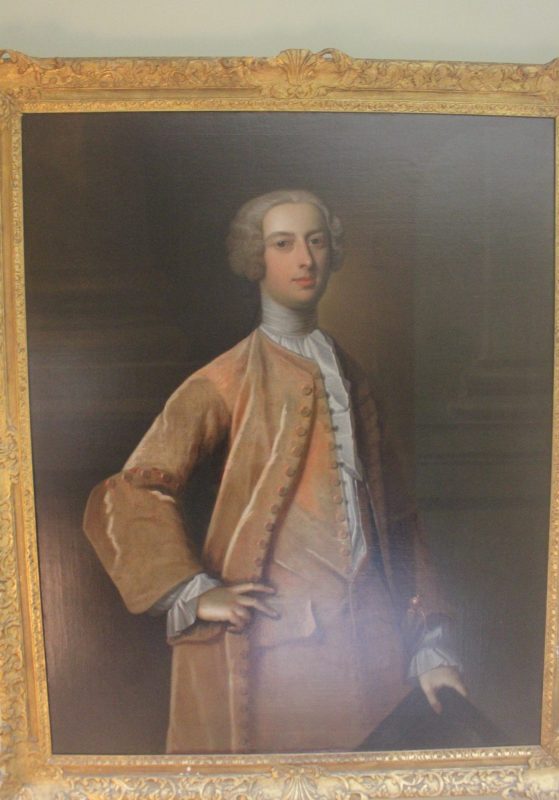 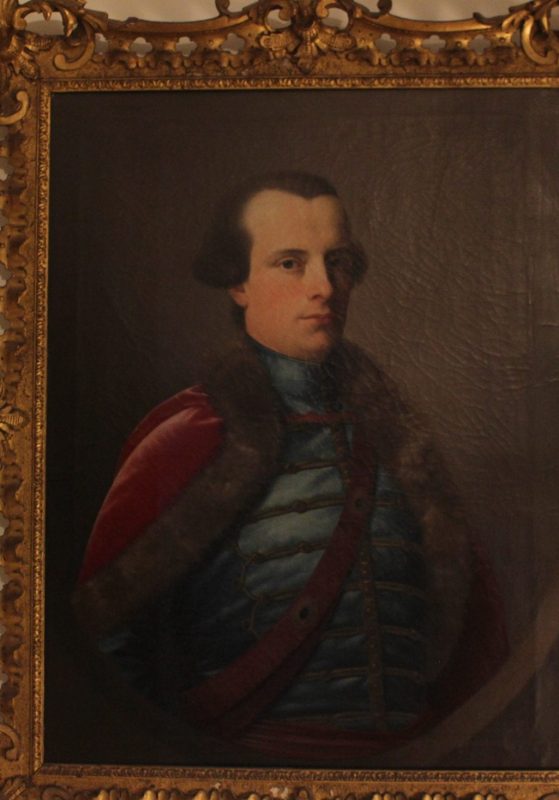 Seen here dressed in the full court uniform of Bonnie Prince Charlie. Never married and spent much of his time plotting in France. 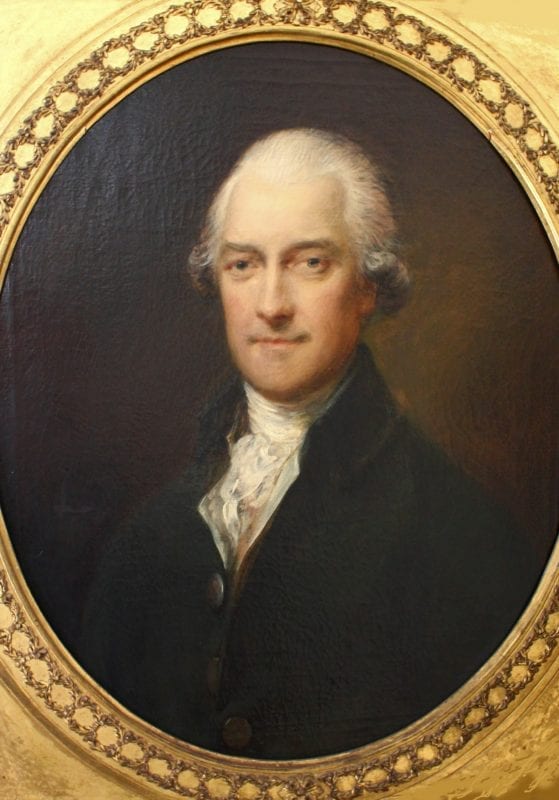 Began to start Georgian alterations to the house and extensive landscape work including the building of Sir Edwards Lake just to the south west of the house. 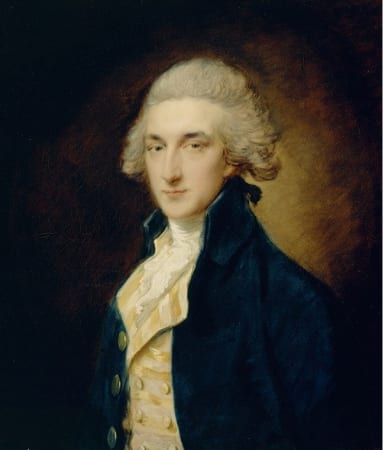 Completed the remodelling of the village and the Georgian extensions to the house. Patron of Turner, Cotman and Mulready. Turned Anglican after generations of papal devotion and sacrifice to promote his ambitions as a politician. Reformist whig and anti-slavery campaigner. 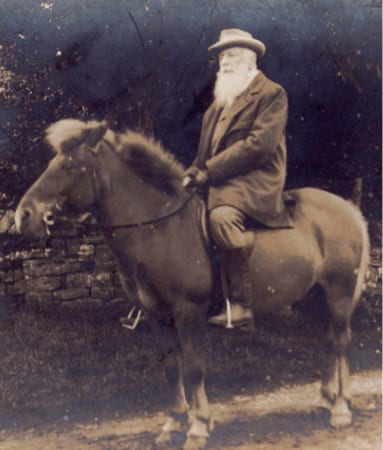 Terrible old rogue, with a devotion for housemaids, farming and Derby china. 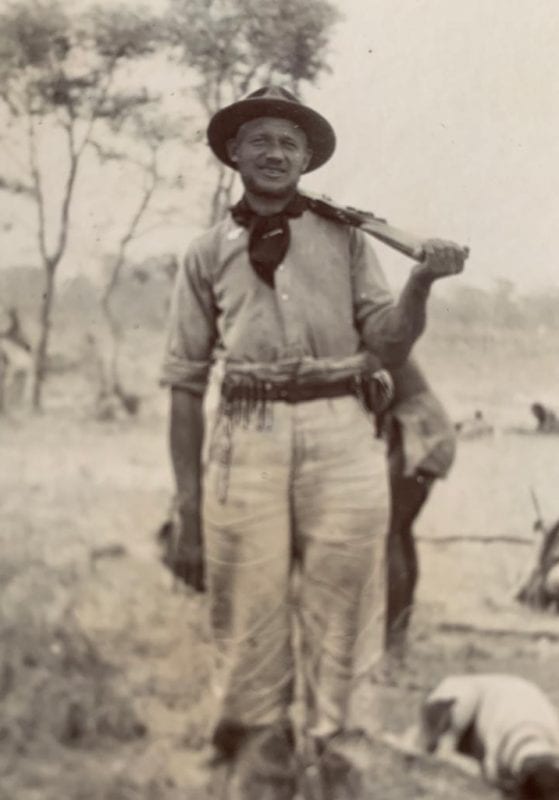 Tragic character caught in huge societal changes and ultimately responsible for reducing the estate to 5000 acres from 55,000 acres in one generation. 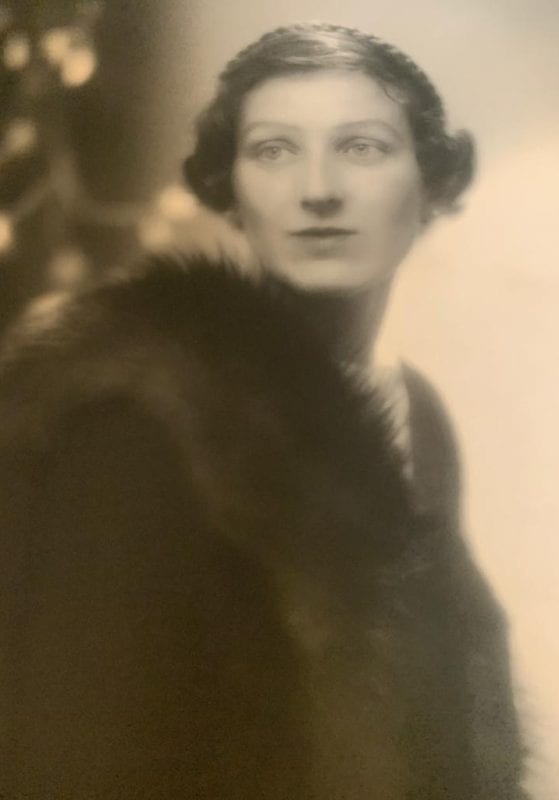 Only child of the 8th Baronet devoted her life to Capheaton with her husband Dick Browne (change his name to Browne-Swinburne). Died aged 106 having seen Capheaton come back from dereliction with 5 grandchildren and 9 great Grandchildren all of whom adored her. Dick was a phenomenal farmer and prudent guardian of the family affairs until 1966. He fought a very long and difficult war with the Northumberland Hussars being wounded twice. 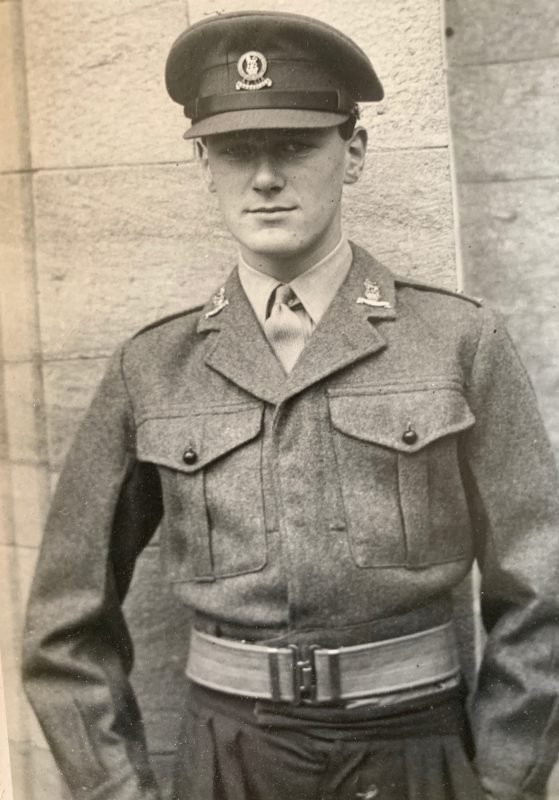 Married Susie Wilson in 1966 and between them turned Capheaton into what you see today.

Married Eliza Gibbs in 2004. Children Jessica, Lucy and Sam. Just about his only achievement!!